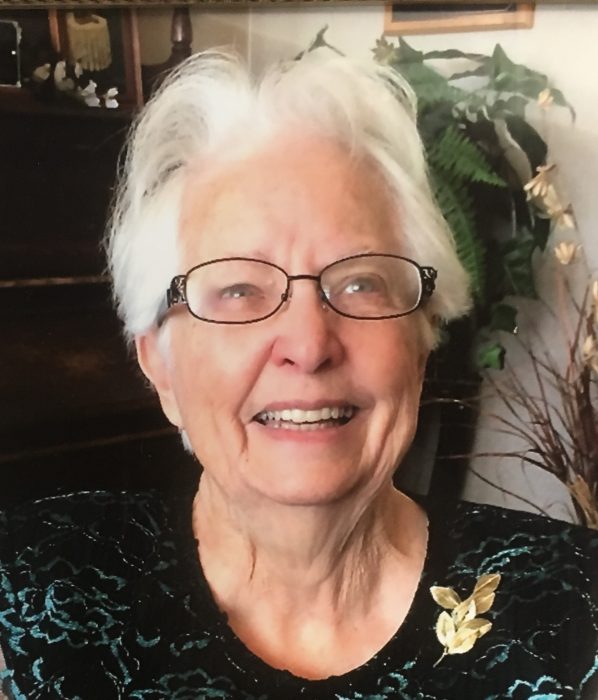 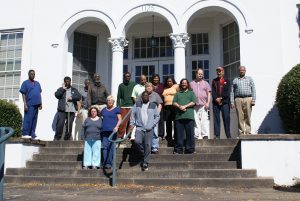 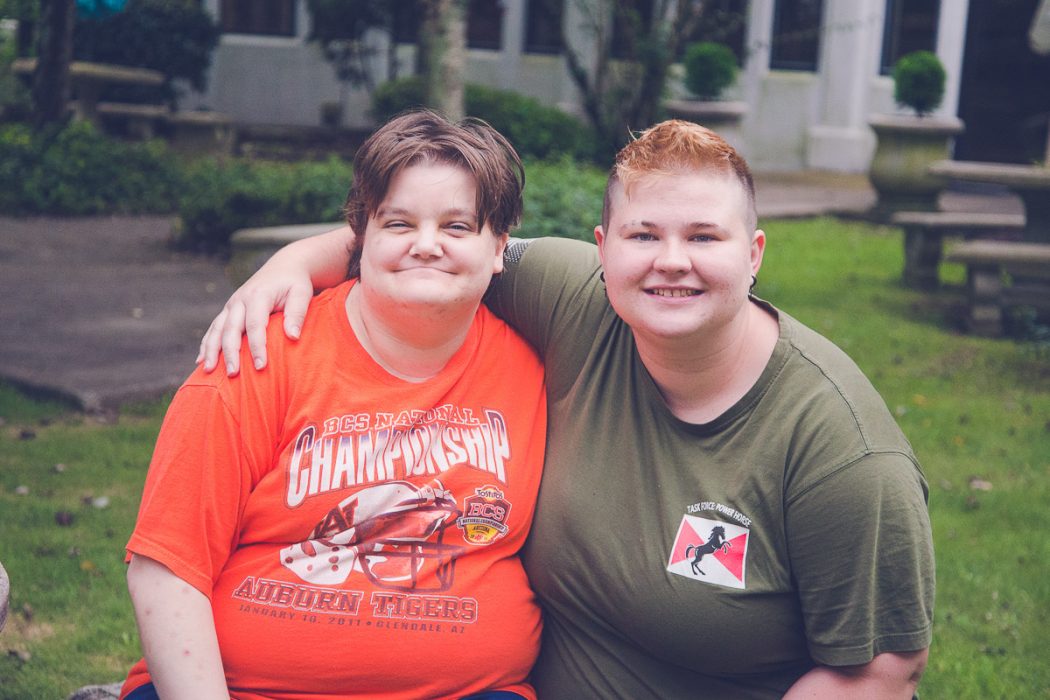 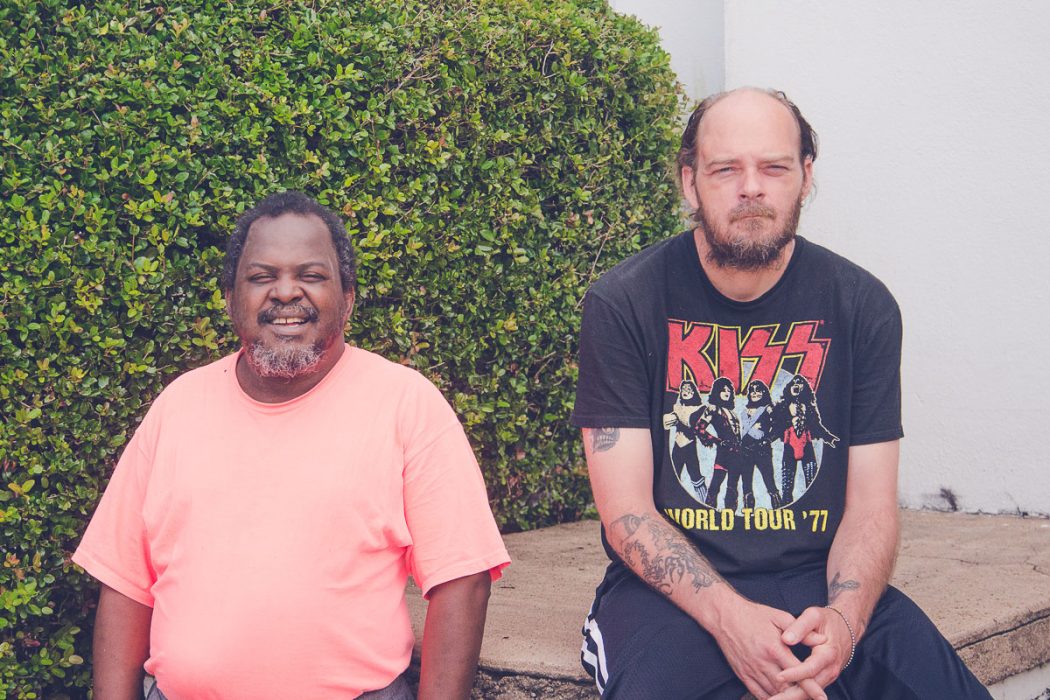 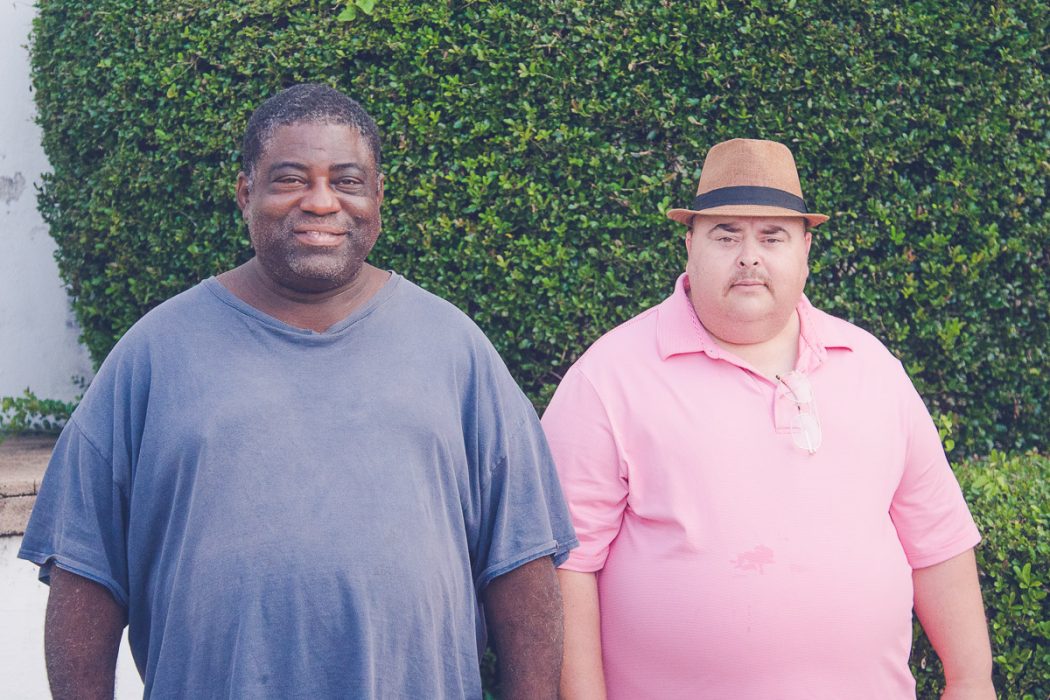 No place to go

When Sarah Stewart found her father in Hogansville, Georgia, he was a sick old man eating out of cans, living in a shack with no running water. He and Mrs. Stewart’s mother were divorced when their daughter was about three, and father and daughter had not seen each other for years. The plight of her nearly blind and diabetic father was like that of many others Mrs. Stewart was seeing as a VISTA volunteer in Jacksonville, Florida where she was then living. “I ran across this in-between group just not getting cared for. They couldn’t get into a nursing home or didn’t qualify, and many of them had no families. Medically or financially ineligible for nursing home care, too feeble to manage for themselves in a facility like Columbus’ Ralston Towers, these people had literally no place to go.”

Finding her father like this shook Sarah Stewart very deeply, sparking a dream of providing a home for people in similar situations. She took her father back to Florida where she began to discuss the idea of a boarding home for the elderly with her family. Her husband, Harold, and their two sons, David and Harold, Jr., and their three daughters, Carolyn, Ruth, and Teresa, supported her.

A short time later, on one of her many visits to her mother in Columbus, she spotted an old home at 1400 Third Avenue that she wanted to rent and renovate for their “boarding care home.” Mrs. Stewart relates that everyone thought she was crazy to rent this place because the ceilings were falling in and it needed an enormous amount of work. But within a month, with the help of family, extended family, and the manager of the rental property, she opened in April, 1976, “The Home for Senior Citizens.” They attracted almost immediate attention from the community, including great newspaper and television coverage, because accepting residents on the basis of need and not a fixed fee was a very unique concept at the time. A room and board fee was charged, but as long as space was available, the Stewart’s policy of not turning anyone away because of lack of funds remained effective. Within just a few weeks, the home had reached maximum capacity.

Sarah Stewart had the foresight to quickly organize a board of directors. When the Stewarts began to run out of money, the board suggested that they incorporate as a non-profit organization so that they could solicit funds. This meant the Stewarts gave up ownership of the home, but since their intention was never to make money, they were enthusiastic supporters of this concept. In January, 1977, the home was incorporated, and it was the board which chose the name “Stewart Community Home, Inc.” They also expanded the vision of care to include not only the elderly, but also the mentally and limited physically handicapped.

In a way, this was a job that Mrs. Stewart had been training for all of her life, from delivering babies in the Philippines to cooking in the kitchens of Raiford prison. Married at fifteen, already an accomplished cook and housekeeper, Mrs. Stewart traveled with her Air Force husband and a family that eventually included five children. (A sixth son was adopted in 1989, Charles Yi Sheng Stewart.) Even while her children were young and her husband in the military, both of them were active volunteers, at one time heading three Girl Scout troops at the same time.

In the Philippines, Mrs. Stewart worked in the operating and delivery rooms of a small rural hospital alongside a physician named Maria G. Garcia. “I think I learned more from her than I could have in four years at any medical school, including being able to deliver a baby by myself,” Mrs. Stewart said. (Dr. Garcia would eventually come to the United States in 1983 and assist her at the Stewart Home for several months.)

After Harold Stewart retired from the military, the family moved to Florida where Sarah’s Philippine operating room experience helped her as the operating room supervisor in the Raiford Prison Hospital. After training as a nutritionist, she later moved into the kitchen, where she supervised the prisoners who worked there. It was while working with these men that she learned of a parole volunteer program through VISTA and became an active parole volunteer. She was later honored by Volunteers Jack by being elected chairman of all volunteers in Jacksonville, Florida.

It was during this time that Mrs. Stewart was reunited with her father. As a volunteer she had been seeing similar situations in Jacksonville, and about a year later, she and her entire family invested everything they had in renting and renovating their first home at 1400 Third Avenue. Within two years, the first of several moves was made to a single story duplex at 1231 Peacock Avenue, with one side for women and one side for men. The need for more space prompted renting a second home at 1543 Second Avenue and a third home at 1430 Third Avenue. The distance between Peacock Avenue and the other two houses because burdensome, so the residents on Peacock Avenue were relocated to 1343 Third Avenue.

It was a constant financial struggle for the Stewarts and the board of directors to keep the three homes operating. The Stewarts are Mormons, and in addition to keeping the home open, were supporting a son on his mission. In 1980, Sarah had to take a job as a dietary supervisor in Atlanta, where her husband was working because he could not find work in Columbus. They continued the struggle and work for several more years, with Sarah working four days in Atlanta and returning to Columbus on Thursday evenings, working through the weekend with the homes.

Around 1984, the Stewart Community Home acquired the Blackmar-Ellis home at 1336 Third Avenue which allowed the board to close the other two Third Avenue properties and operate with Third Avenue and 1543 Second Avenue.

It was about this time that Walt Braun, a retired Army Lieutenant Colonel, became a volunteer and joined the board. Within a few months, he was appointed Executive Director of the Stewart Community Home. Worn out and financially depleted, Mrs. Stewart resigned from the board and moved permanently to the Atlanta area where she still resides. Out of town, however, did not mean out of touch, as she followed the plight of the Home through visits, letters, and news from residents, old employees, and friends in Columbus. In 1994, the move to the Edwina Wood School site was the “culmination of all of my prayers.”

Mrs. Stewart gives credit to the entire community but particularly recognizes that Ida Hibbard, Lillian Golden, Marion Dion, Marianna Gallops, Ocie Harris, Clyde Robert Noblin, Edmonia Webb, Susie Gunnels, Joe Cobis, Portia Benson, and Cynthia Bowden deserve special credit. (All but the latter four are deceased.) When asked what inspired her to be such a giving person, Mrs. Stewart was somewhat at a loss. She said, “Well, my whole life has been one of giving, not taking. I’ve always taken care of other people, and I am moody and upset when I am not doing this. I always liked my volunteer jobs better than the ones for which I got paid. I’ve always gotten great enjoyment from finding someone on the floor and being able to pick them up and put them back together. It is something that I can do. I can take care of people. It’s just my nature to do.”

Mr. Walt Braun served as Executive Director until he retired on April 30, 1994. During this time, the board was expanded, and the Home had more financial footing and plans developed for the expansion and consolidation of the Home. When Columbus native Dorothy (Dot) Wells Knight died, the Knight Foundation, Inc. honored her by giving a $250,000 grant in April of 1990 to the Stewart Home, one of her favorite charities. This allowed for the purchase of the Edwina Wood School and sparked a nearly two million dollar renovation project, allowing for expansion to seventy-six residents.

The Edwina Wood School was bought from the Columbus Housing Authority who had obtained this property in a swap with the Muscogee County School Board for land on Cusseta Road. It was purchased for $155,000 in August, 1992. The architect for the renovation was Alex Griggs, formerly of Hogencamp Architects. The construction contract was awarded to ATF Construction Company in April of 1993 and completed in April of 1994.

After an exhaustive search, Barbara Harris-Ellis was hired as Executive Director in May, 1994. Mrs. Ellis came from Detroit, Michigan to Columbus to be near her only daughter and granddaughter. Her son-in-law was in the army and stationed at Fort Benning, and her daughter was an English teacher. Mrs. Ellis had extensive experience in nursing, mental health, and administration. She held an Associate Degree in Nursing, a B.S. in Health Sciences, and a Master’s Degree in Public Administration.